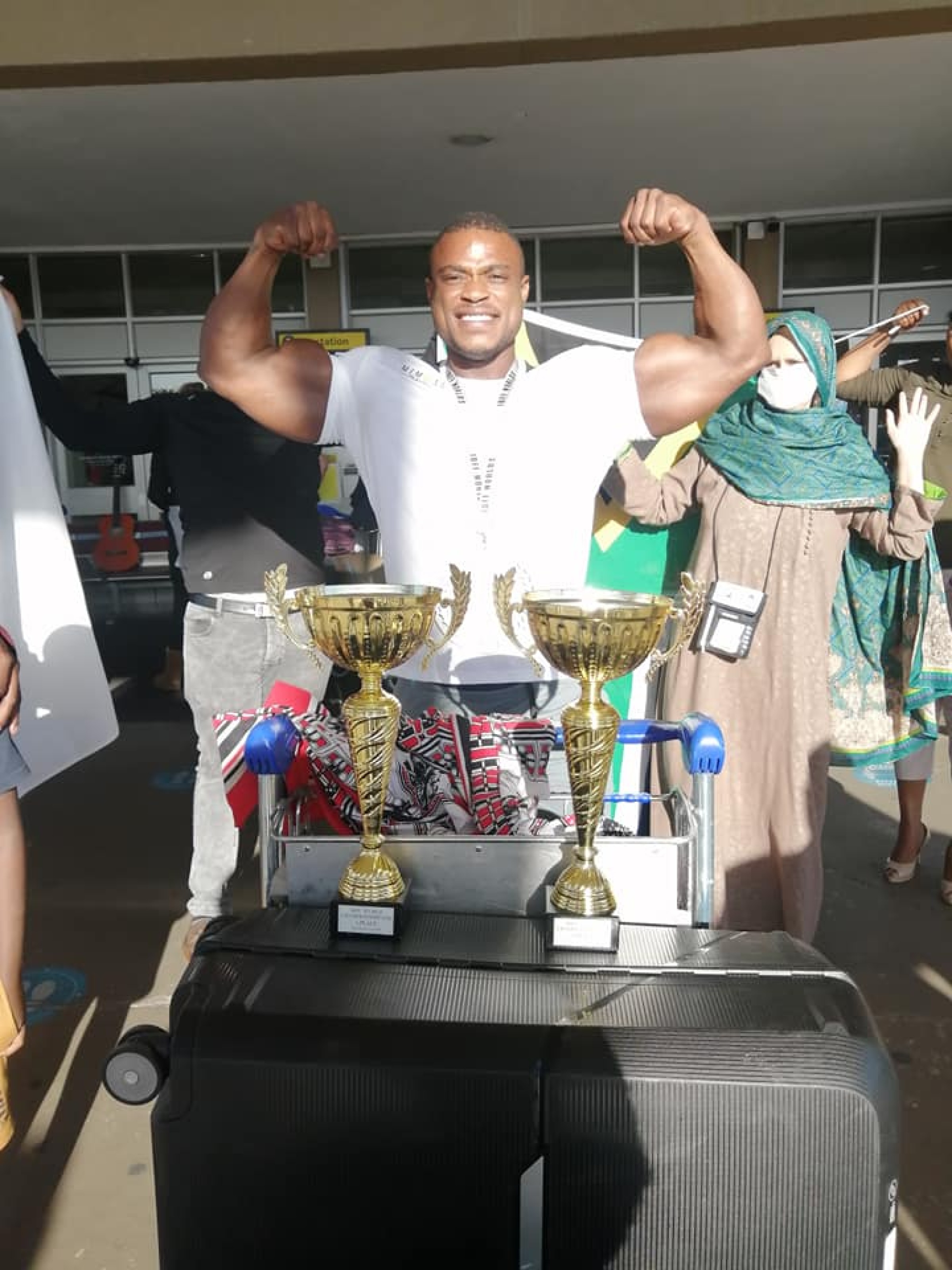 The Executive Mayor of Sarah Baartman District Municipality, Cllr Deon De Vos, congratulates Mr Mongezi Mata for his outstanding performance in the IBFF (International Bodybuilding and Fitness Federation) World Championships. The event took place in Slovenia on 04 June 2022 and Mr Mata walked away with the first-place prize in the men’s bodybuilding over 90kg division. Mr Mata is a resident of the Sarah Baartman District as he hails from Addo, where he started and nurtured his love for bodybuilding. The SBDM supported Mr Mata with a donation towards his return flight, this helped to ensure that he was able to compete in the championship. Mr Mata arrived at Chief Dawid Stuurman International Airport yesterday where he was greeted by many proud supporters. “We hope that young people will be motivated and encouraged by Mr. Mata’s achievement. Anything is possible if we work hard to achieve it.” – Executive Mayor De Vos. IMG 1&2: Mr. Mongezi Mata at Chief Dawid Stuurman International Airport with his trophies.